Throughout most of the UK as a breeding species with the exception of Shetland.

The Song Thrush must have a good degree of cover in its habitat. So woodland, hedgerows, parks, gardens and areas of scrubland.

The Song Thrush is as much known for its delightful song as it is its attractive appearance. A species which is now sadly in decline in the UK, the Song Thrush’s song is easily recognisable because of the continual repetition of phrases. So three or four renditions of one phrase, then three or four renditions of another. Both male and female birds are identical, with the speckled breast making them fairly easily to identify – note that the speckles are smaller and more evenly distributed than on the similar Mistle Thrush, which is also a larger bird.

What sound does a Song Thrush make?

The Song Thrush’s diet is largely earthworms and snails, with the latter broken open by the bird smashing the shell against a hard object such a stone. Other food incudes insects and spiders, plus fruit and berries in the colder months. Although regularly seen in gardens, Song Thrushes are not easy to attract to feeding stations and won’t, generally, even come onto a bird table or ground tray. However, they will feed direct from the ground and sunflower hearts and suet pellets spread on the lawn may well be taken.

What should I feed Song Thrushes?

We recommend the following products to not only attract more Song Thrushs your garden, but also ensure you are meeting their optimal dietary requirements. 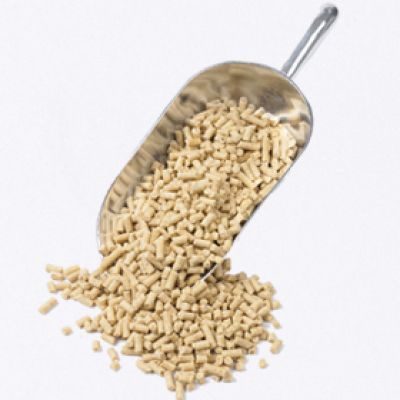 The nest tends to be well concealed and in locations such as amongst a climbing plant like ivy, against the trunk of a tree with plenty of cover round it, or even in an old building. The female Song Thrush builds the nest alone, which consists of grasses, twigs, moss and roots, then lined with mud to form a neat cup. There are two, sometimes three, broods per season of 4-5 eggs which the female mainly broods alone. Both parents feed and tend the young, which leave the nest after twelve to fifteen days.

A relatively shy and solitary bird, the Song Thrush rarely strays too far from cover. They are also fairly territorial, with a breeding territory established in the late winter or early spring. However, both male and female birds will go outside their territory in order to gather sufficient food for their young.

The Song Thrush has suffered a moderate decline over the last 50 years or so, with a sharp decline between the mid-60s and mid-90s, then something of a recovery since then. However, numbers are still low relative to historic records and where the species should be, so it is currently listed as red status.