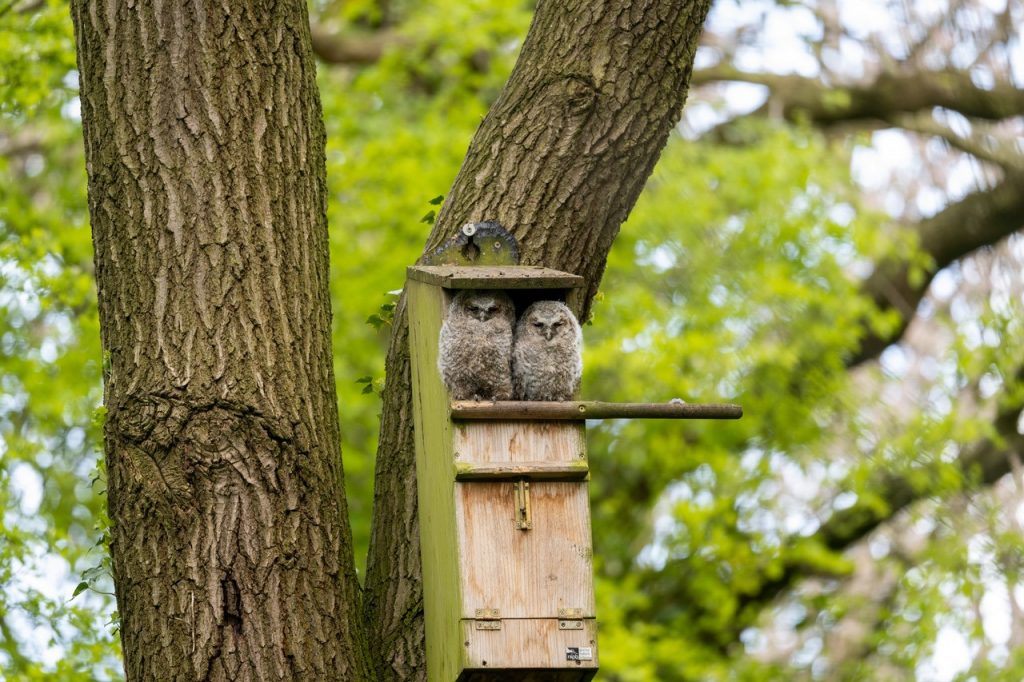 Never give up hope

Five years ago, shortly after we moved into our current home, we decided to make the small patch of woodland that makes up part of our garden as wildlife-friendly as possible. We quickly put up a number of nest boxes, including one for tawny owls, in the hope that the ones we heard on a regular basis would take up residence.

We put up wildlife cameras in the area to keep watch and left the area undisturbed to encourage the birds to visit and, hopefully, raise young. However, with the exception of a pair of blue tits successfully raising a family in one of the nest boxes, little else was noticed.

The cameras provided us with plenty of footage of our resident family of badgers (I say 'resident', but their sett is on adjacent land, but they regularly forage in the garden). We also captured footage of foxes visiting and even, what I can only think of as, a very lost otter! I say “lost” as we are nowhere near a river or stream. Birds continue to feed and nest in and around the garden, but mostly in natural nest sites, and although our local tawnys are very vocal, they'd not bothered with the nest box.

Despite this, we've continued to keep an eye on things by using the wildlife cameras, and it was while collecting the memory card from one that I got the feeling of being watched. I looked up to see two fluffy owlets watching me, thankfully from quite a distance, so they evidently weren't disturbed. I beat a hasty retreat to a more distant and concealed vantage point from where I could see these two, quietly perched in the opening of the box, seemingly watching the world go by.

Since then we've kept a very discreet distance from the area and have only occasionally checked to see if they are still there, and I'm pleased to say that they are. So the moral of the story would seem to be that patience is not only a virtue but also essential when you are trying to attract owls! It is therefore ironic that the owl nest box was bought for us, as a gift, by my late father, who was one of the most patient people you could ever meet.