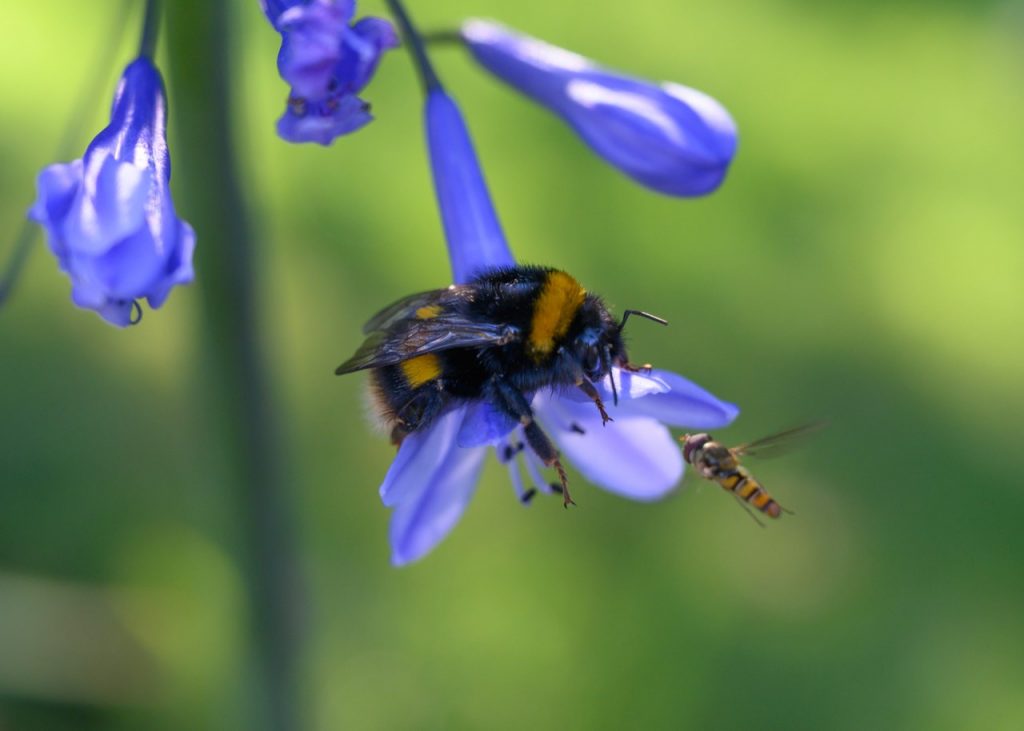 The 2019 State of Nature report, written by a group of professionals from over 70 wildlife organisations, has been published and it will come as no surprise to anyone that the findings are stark. Since the 1970s, when detailed monitoring began, we have seen a 13% decline in the average abundance of wildlife. The report also reveals that 41% of UK species studied have declined and that since the 1500s 133 species are thought to have been lost from the UK alone!

Butterflies and moths have been hardest hit with decreases in the number of butterflies of 17% and moths by 25%. As you might expect, mammals have not fared any better with the Wild Cat and the Greater Mouse-eared Bat on the edge of extinction.

There is some good news in that 26% species have increased, and 33% have seen little or no change. The report showcases a wide range of exciting conservation initiatives, with partnerships delivering inspiring results for some of the UK’s nature. Species such as Bitterns and Large Blue Butterfly have been saved through the concerted efforts of organisations and individuals.

Statistics can tell us a lot, but it's when these translate into actual species loss that the impact comes home to us all. Dan Rouse, a young conservationist, highlighted that in Wales both Nightingales and Corn Buntings had been lost. She goes on to highlight the very real prospect that we could lose curlew and turtle doves. It's when you see the details of birds you are familiar with, and which you may not see again, that the impact of what is happening becomes very real.

The reasons highlighted in the report will also come as no surprise. Evidence from the last 50 years shows that significant and ongoing changes in the way we manage our land for agriculture, and the ongoing effects of climate change are having the most significant impacts on nature. Pollution is also a major issue. While emissions of many pollutants have been reduced dramatically in recent decades, pollution continues to have a severe impact on the UK's sensitive habitats and freshwaters, and new pollutant threats are continuing to emerge.

Daniel Hayhow, a lead author on the report, said: "We know more about the UK's wildlife than any other country on the planet, and what it is telling us should make us sit up and listen. We need to respond more urgently across the board if we are to put nature back where it belongs. Governments, conservation groups and individuals must continue to work together to help restore our land and sea for wildlife and people in a way that is both ambitious and inspiring for future generations."

The BTO go on to say that: "Whilst the data that the report shows are alarming there is also cause for some cautious hope. The report showcases a wide range of exciting conservation initiatives, with partnerships delivering inspiring results for some of the UK's nature. Species such as Bitterns and Large Blue Butterfly have been saved through the concerted efforts of organisations and individuals."

Reflecting growing concern about the environmental and climate emergencies, public support for conservation also continues to grow, with NGO expenditure up by 26% since 2010/11 and time donated by volunteers having increased by 40% since 2000. However, public sector expenditure on biodiversity in the UK, as a proportion of GDP, has fallen by 42% since a peak in 2008/09.

So what can we, as members of the public who are concerned about the loss of species, especially birds, do to try and help? Well, as the findings of this report come as no surprise to most of us, neither will the answer to the above question. We have to look after the wildlife in our own gardens and areas we are responsible for. Provide habitat, food, water and safe nest sites. If we all do our bit we can make a difference, after all, there are said to be 24 million gardens in the UK.

That's a lot of space for nature!

For a full copy of the State of Nature 2019 report and to find out how you can do your bit to save UK wildlife – www.nbn.org.uk/stateofnature2019