The highs and lows of being a nature lover 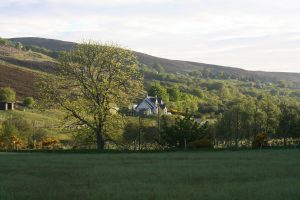 Where I live in the Scottish Highlands

It occurred to me in the last week or so just how miserable and angry being a nature lover can make you – though fair to say that I’m fairly close to the far end of the scale when it comes to being a ‘nature lover’. Of course, and as with many things in life, low points are thankfully often countered by high points, though in the last few weeks I do seem to have experienced more of the former that the latter.

My grumpiness started when I read a letter in my regional weekly newspaper in the north of Scotland. It was from a chap who was stating his reasons for supporting the construction of a highly controversial wind farm – and controversial because the location is the Flow Country of Caithness and Sutherland – and whilst he actually made some very good points, there was a specific one which made my blood boil. He basically said that no native Scotsman living in the area should care a hoot about what happens to Golden Eagles (a species which would apparently by affected by the development) because of their impact on livestock – meaning lambs of course. It was a truly dreadful thing to say, and although I knew that the vast majority of crofters, farmers, landowners and the general public in the Highlands are immensely proud of our national bird, the fact that the newspaper’s editor had given over a not-insignificant amount of column-inches for this bigot to make his point, did, somewhat, spoil my day.

Next up in my sequence of negative events came the felling of hundreds of alder and bird cherry trees on the opposite river bank to the one we own on our croft. The reason? So the new French owner of the estate (which owns that side of the river bank) can more easily fish for trout and salmon. And nothing wrong with fishing – I do it myself – but riparian woodland is a vital component in the ecology of a healthy river system where Atlantic salmon swim-up to breed, and if you degrade the breeding habitat then, well, you’ve got less fish to catch in future years.

And if all this hasn’t been enough, in the last few days has come the horrific news that 13 red kites and buzzards have been found dead through poisoning in an area about 30 miles south of me.

But it isn’t all doom and gloom, and I’m very much an individual who instinctively tries to turn a negative into a positive. I couldn’t do much about the anti-golden eagle guy (folk like that will never listen to reason) and the police are apparently well on the case of the poisoned raptors. I also couldn’t do anything about the felled trees, but what I could do, and indeed have done, is use the opportunity to try and find some middle ground with the gamekeeper who organised the felling, and this with the aim of agreeing a small number of habitat initiatives which would both improve the river for breeding salmon, plus further initiatives for birds and other wildlife too.  The gamekeeper is a good guy and, in my view, represents by far the better end of what his profession is there to do, and in fact not only did he buy into my ideas but had also had a great idea of his own – the reintroduction of Grey Partridge to our area. And not for his boss to shoot, but because the gamekeeper simply wants the species back on the land he manages.

So in the months and hopefully the years ahead I’ll be working with the gamekeeper on our joint initiatives, with habitat improvements for the Grey Partridge reintroduction being an especially exciting one.

Oh the highs and lows of being a nature lover…

A long-time associate of Vine House Farm is Roger Hughes, who now lives in the north of Scotland and the beautiful county of Sutherland. Roger helps us with a range of business services, but he’s also a keen bird watcher, is very knowledgeable about feeding birds, is a general nature lover, and also partly earns his living from writing. He lives with his wife, Julie, and they have a small croft with a wide mix of habitats from wooded riverbank to meadow and moorland – all good for wildlife of course. So with all this in mind, Roger now writes a monthly blog for the Vine House Farm website which we very much hope you’ll follow and enjoy.