How to Keep Jackdaws & Rooks Off Your Bird Feeders

One of the most frequently asked questions we receive at Vine House Farm at this time of year is: “What can I do about the Jackdaws and Rooks swinging on my feeders and also scaring the smaller birds off?”

Well before answering that question with some practical tips, a bit about these two species and the family they come from. Both Jackdaws and Rooks are species of crow – or ‘corvid’ to give them their other common family name (from the Latin family nameCorvidae). Jackdaws and Rooks are two of the seven species of corvid which we have in the UK, with the others being Carrion Crow (with a sub-species, the Hooded Crow, in the north of Scotland), Raven, Magpie, Jay and Chough. Corvids are intelligent birds and indeed the family is generally recognised as the most intelligent across all of the world’s bird families.

The natural diet of the Jackdaw is typically cereal grain, insects, fruit and some carrion, though they will sometimes take the eggs of other birds and, occasionally, even young birds – though nothing like to the extent of their cousin the Magpie. Rooks don’t normally take eggs or young birds, with their diet mainly consisting of cereal grain, insects and earthworms, plus some carrion.  So back to the problem, and it’s worth saying that although Jackdaws and Rooks can often be a nuisance on garden bird feeders at any time of year, during the spring and early summer months this can increase. This is because Jackdaws, typically, nest in or close to human habitation – chimneys pots are a real favourite for a nest site – and Rooks nest in colonies in tall trees which might be in parks or woodland close to towns and villages. This means that both species of bird are looking for local food, and ‘easy local food’ if they can get it, and garden bird feeders, therefore, become a prime target. Once the young are fully fledged and no longer reliant on their parents for food, both species tend to disperse and feed in flocks, often together as it happens, in fields and other open areas. Now, some solutions to the problem...

What can I do about the Jackdaws and Rooks swinging on my feeders and also scaring the smaller birds off?

If food is available on the ground as well as in hanging feeders, both Jackdaws and Rooks will go for what’s on the ground. And they’ll do this because both are naturally ground feeders. So the solution here is a Ground Guard like this one which will completely solve the problem. 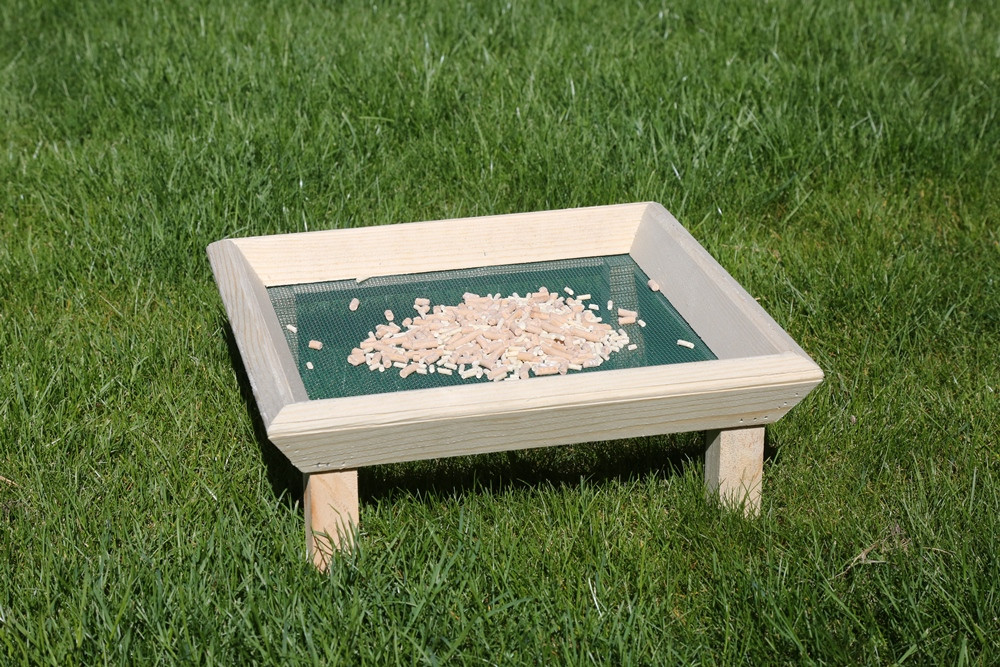 The solution here is a caged feeder, with options for peanuts, seed, suet blocks and balls, plus combination feeders for seed and suet balls. Suet blocks and suet balls seem to be a real favourite for both Jackdaws and Rooks, so if nothing else a caged feeder for suet products is probably a must if you’re having problems with either or both species. Over the last month or so we’ve been trialling Nuttery feeders like the one shown here, and have found them to be very effective. 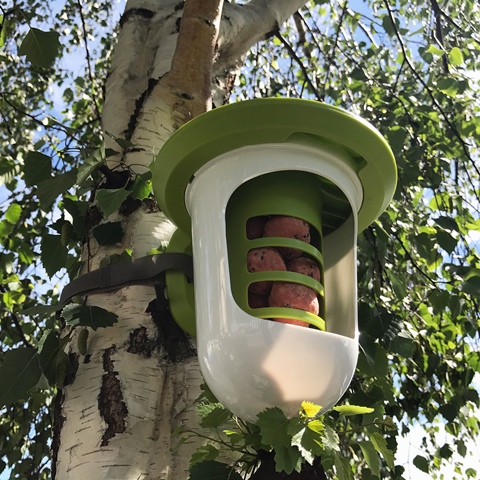 Once the above solutions are put in place, not only will Jackdaws and Rooks not be able to get to the food, but they’ll soon learn they can’t and will largely stop coming to that garden. However, before you consider entirely deterring Jackdaws and Rooks from your garden, here’s a final thought…. Both species, in moderation (!), can be very entertaining and interesting to watch. So along with taking the measures outlined above, putting a handful of seed on the ground just once or twice a day will ensure you can still enjoy them from time-to-time – and remember that both species need food in just the same way that Robins and Blue Tits do – but they won’t be hogging the feeders all day and scaring off the smaller birds.