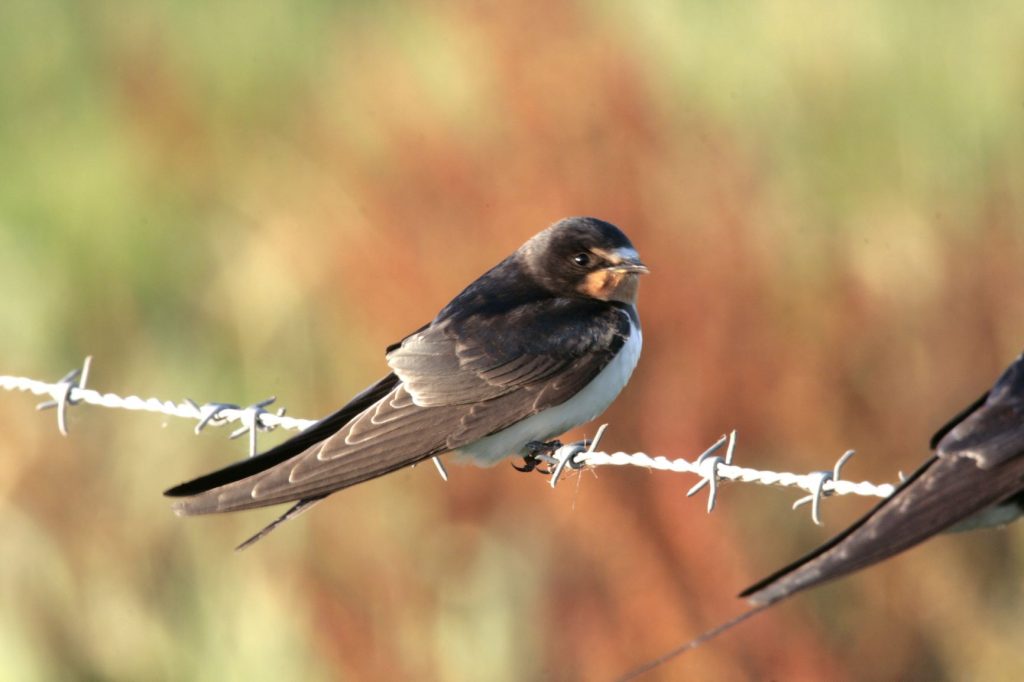 One of the year's major, annual birding events has to be the return of migrating species like swallows. We are all saddened to see them leave in the autumn as we know, all too well, that this indicates that winter isn't too far off. But to offset this, we can look forward to their return in the spring, and it won't be long before we start to see them return for the 2022 breeding season.

So, it was something of a surprise to read that birders, who contribute to the BTO's BirdTrack survey, have recorded almost a hundred reports of 12 swallows between Jan 1st and Feb 1st Unfortunately for those of us who live in more northerly locations in the UK, we are unlikely to see these birds as they've only been seen in the south and south-west of the country. And there have been reports of the odd bird overwintering in the UK for many years, but these reports are often seen as just one-offs. But the numbers would seem to be growing.

One of the main reasons swallows migrate is to find food, as the already depleted insect numbers in the UK are reduced even further during the winter months. As a result, the birds head to Africa, a journey they have been making for thousands of years. Then, with the spring comes warmer weather and with it an increase in flying insects. However, with our winters becoming milder, some birds have managed to survive without the need to head south.

According to Professor James Pearce-Higgins, the BTO's Director of Science, "To suggest that our winters would be warm enough for swallows to survive would have been unthinkable a few decades ago. But the evidence that our climate is changing is building year by year,"

All this scientific data is a far cry from the days when it was suggested that the disappearance of swallows in the autumn was due to them hibernating at the bottom of ponds! Thankfully bird ringing disproved this theory.

Although this is good news for the swallows who have stayed, it doesn't bode well for many resident species. The likes of blue tits also feed on insects and time their broods to coincide with the anticipated increase in insect numbers. Their breeding success is put at risk with a reduced abundance of food.

The BTO go on to state in a recent press release, "The swallow is not the only bird being affected by global warming, The BTO's recent report on British birds and climate change indicated that a quarter of British breeding species might be negatively affected – with one of the British public's favourite birds, the puffin, likely to disappear completely."

We can all help the swallows and many other species by planting wildlife gardens that attract insects and then resist the temptation to mow them. In addition, the installation of swallow nesting boxes can help to offset the loss of nesting sites. If you are lucky enough to have swallows use your nest box, you will hopefully enjoy seeing them for many years to come as they return to the same locations year on year.