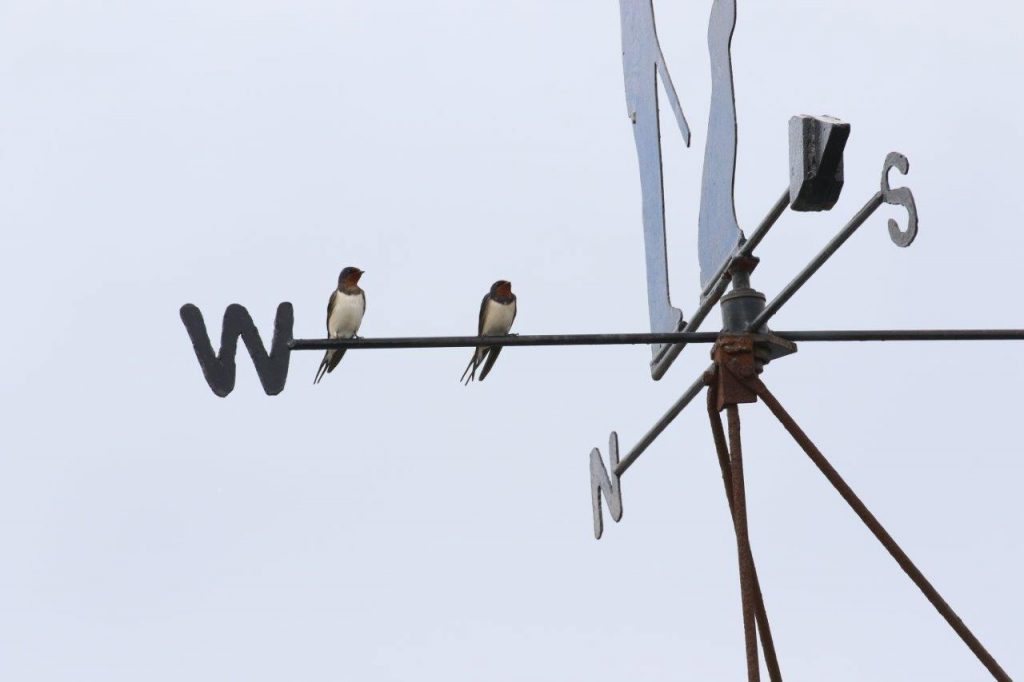 Where do our familiar summer migratory birds go to for the winter?

As most people reading this will know, the songbird migrants which come to the UK to breed in the spring and summer aren’t species we can attract to our gardens with food, with the simple reason being that they’re all insect eaters. For example, swallows, house martins and all the species of warbler. But certainly for those former two, we’re still able to attract them to breed – swallows in outbuildings and even house porches, and house martins under the eaves of houses. And in both cases by putting up artificial nests. The same is also true for swifts, with special nest boxes available for this sadly declining species.
Come late summer and early autumn, all of these species have departed – and as most of us say “head south”. But more specifically where in the south?

The life of a Swift after it leaves our shores

Let’s start with the species that leaves first – the swift. Swifts start to leave the UK as early as mid-July, meaning they’ve spent a mere three months here – just enough time to raise one brood. Because swifts don’t land to roost – indeed they’ll typically stay entirely airborne from the moment they leave their nesting site until they hopefully return the following year – they travel quickly to get to their new food source, and can reach their wintering sites in central Africa in just a few weeks. Once there, they'll spend the winter months moving from one region to another, with this dictated by following the rains and therefore where the most insect prey will be.

The exceptionally long migration of Swallows

Swallows depart much later, with some birds departing even in early October – though most have gone by mid-September. The main reason for the later departure is that swallows, unlike swifts, have multiple broods – normally two but sometimes three. What’s more, when they arrive in April and May (interestingly male birds arrive first) they might not pair-up and breed for up to four weeks. 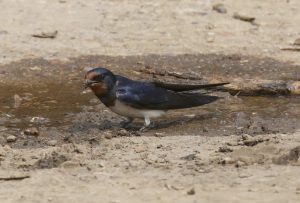 Swallows that breed in the UK have an exceptionally long migration, heading right down to South Africa and typically via western France, eastern Spain and then crossing the Sahara – though some birds follow the west coast of Africa to avoid the Sahara. As an aside, one of the reasons for the decline in swallow numbers is believed to be the ever-expanding area of the Sahara desert, with this meaning that some birds perish through dehydration as they attempt to cross its vast dry and barren expanse.

Where House Martins exactly migrate to remains a mystery

As for house martins, we don’t know! In fact nobody knows for sure where they spend the winter, other than it’s somewhere in the huge African continent.  The BTO launched a study in 2013 which basically involves fitting a small number of individual martins with tiny geo-locators, though the results haven’t been published yet.
Going back to the swift, when these beautiful and enigmatic birds return next spring from central Africa, be sure to remember and admire the fact that they’ve spent the entire time away on the wing and never landed. They’ve covered tens of thousands of miles, fed in the air, slept in the air (high up and in short bursts) and, once back in the UK and perhaps even more amazingly, will even mate in the air – which takes some thinking about.

Early Spring feeding for the birds in our gardens

A Kingfisher could make your day