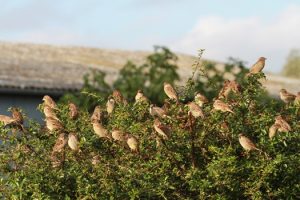 Why the date is so important for hedgecutting

Back in 2015, DEFRA introduced new legislation which made it an offence to cut hedges on farmland between 1st March and the end of August (previously it was end of July). The aim was to protect breeding birds from being disturbed and young birds still in the nest from potentially being killed, so the legislation was certainly well intentioned. Indeed, it was also to ensure the UK complied with a specific aspect of the EU Bird Directive.

However, the ban has not proved popular with all farmers, and it’s probably fair to say that contractors – who are often brought in by farmers to carry out hedge cutting – are especially unhappy, as August was traditionally a month they were busy in.

Back in February of this year, Farmers’ Weekly started a petition to have the legislation changed and allow for hedge cutting to again be carried out during August. They argued that no song birds were still breeding, and the only species of bird which still was being the wood pigeon – which most farmers consider to be vermin anyway. To date the petition has attracted nearly 2000 signatures, and in an open letter published in the April edition of the magazine, the editor called on George Eustice, the DEFRA Minister, to repeal the ban.

At Vine House Farm we have a strong view on this matter – as you’d expect. Whilst having some sympathy with contractors for any financial loss and inconvenience, and also to farmers for the latter, the fact is that a few species of farmland bird, and notably yellow hammer and turtle dove (both of which are red listed), are often still to be found with young on the nest in August. So in this respect the legislation will help ensure a greater degree of breeding success for these declining species. However, in a conservation and environmental sense, the bigger issue is why a farmer would want to cut hedges at end of the summer anyway, as doing so will remove all or most of the natural harvest for birds – e.g. hawthorn berries.

If a hedge needs to be cut, then the time of year to do it is late winter when the trees are dormant and all of the fruit has been taken by birds and mammals. But more than that, it’s a fallacy – and one generally born out of long-held traditions – that hedges have to be cut every year. What’s wrong with a hedge that, in the farmer’s eyes, looks overgrown and untidy? ‘Absolutely nothing’ is the answer to that, and indeed the value to wildlife of a rugged and tall hedge full of fruit versus a need-and-tidy rectangular one, devoid of anything but twigs and leaves, is almost immeasurable. Ironically, not routinely cutting hedges every year would actually save farmers money – whether or not their motivation was also with wildlife in mind.

Of course what this really comes down to is mind-set and culture. So, on the one hand there’s the thinking that farming is only about maximum profit and operating in a way that’s as efficient as possible, versus how we do things at Vine House Farm for example – and many other enlightened farms also do – which is about seeing the bigger picture for wildlife and the wider environment.

So not only will we not be signing the petition, but actually we don’t want to see hedges cut at all in the summer and autumn months.