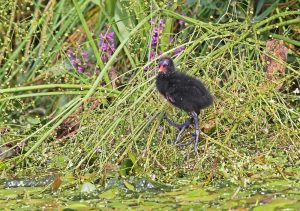 Applying a big conservation mind-set to your own outdoor space

Much of the conservation measures aimed at supporting bird populations are of course on a relatively grand scale – and rightly so. Indeed, my farm, Vine House Farm in the Lincolnshire Fens, is over 2000 acres and, for many decades, I’ve applied a very wide range of measures which have sought to increase populations of threatened farmland birds including corn bunting, whitethroat and barn owl.

But I also have a garden which surrounds our farmhouse, and here I apply much the same basic mind-set as I do to the farm. And it is about a mind-set, because although the conservation measures I apply to, for example, ensuring abundant vegetation growth in drainage dykes on the farm are very different to those I apply in my garden such as planting nectar-rich native plants and shrubs, the fact is that I’m motivated to do both if it means birds and other wildlife are able to flourish as a result. 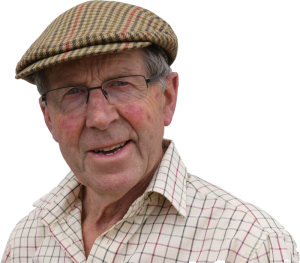 I also see what folk do in their gardens with wildlife in mind as a sum of parts. So in this respect, collectively it does amount to conservation on a grand scale – it’s just lots of different people doing relatively small things in their own individual outdoor spaces which all adds-up and really makes a difference. And a coordinated effort by adjacent homeowners can also create wildlife corridors, with a specific and practical measure being a single hole at the base of each garden fence for hedgehogs to pass through.
Of course the sort of measures that can be applied in gardens which positively impact bird  populations are often determined by location, size of the garden and what else it’s used for – e.g. if you have young children then, understandably, play equipment on a lawn might come before a small wildflower meadow. There’s also been a trend for families to give over some space for growing vegetables – a principle I also very much support – but even this can be beneficial to wildlife.

It’s also fair to say that the initiative options aren’t confined just to the garden but include the physical structure of the house as well. For example, swift nest boxes can be put up under the eaves of most houses – and who wouldn’t want to give a helping hand to a species of such mesmerising bird which, sadly, has seen its numbers decline by 38% since 1995.

I’m often asked how best to start the process of rethinking a garden and property with birds and other wildlife in mind, and my first point is always to list out all the other things that you want or have to use the space for. For example, the list might include an area for entertaining friends and family, children’s play area on the lawn and, as mentioned before, growing fruit and veg. With that task complete, consider what areas you have left which could be devoted to wildlife habitat, plus even in areas you’re actively using what additions could you make – so perhaps an open-fronted next box for robins and song thrushes discretely located behind a climber on the house wall.

If I’ve convinced you to basically convert your whole garden into a mini nature reserve and it’s practical to do so, then consider me a very happy man. But if that’s a step too far, I’d also be more than a little pleased if you just gave over one small corner of the garden to a native tree like hawthorn – and native is always best be it for trees, shrubs or flowering perennials – or a fruit tree such as apple (nectar from the flowers in spring for bees and fallen apples in the autumn and winter for blackbirds), perhaps a small wildlife pond, a pile of twigs and branches for hibernating insects, a bug box or two, and a few nest boxes wherever the location was suitable – the golden rule being to always avoid strong midday sunshine. Bat boxes could also be considered if you’re lucky enough have a tall tree. So the point is that it’s not about scale and wholesale change which means you have to abandon the way you currently use your outdoor space, but more about considering how various elements could be incorporated into what you have with birds and wildlife in mind. 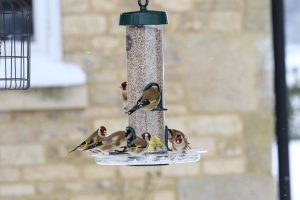 Then there’s attracting birds by feeding them, and in so doing increasing survival rates and the levels of breeding success – something which is well documented and not least by the BTO. Of course I’m bound to say it as part of my business is growing and selling bird food (Vine House Farm Bird Foods) but the fact is that even one single feeder kept filled all year round (but regularly cleaned) with a high calorie food such as sunflower hearts, can make a massive difference to species such as goldfinch, house sparrow and great tit. And if you really want to go that bit further, then feeding live mealworms in the breeding and fledgling seasons is the way to go – not least because of the increasingly worrying decline in natural invertebrate numbers. A bird bath kept filled with clean water is also hugely valuable to many bird species and especially in urban areas.
Ultimately then, it’s about us all having a mind-set which thinks about what we can do for birds and other wildlife in our own outdoor space, which once implemented and collectively, makes a whole world of difference.
Back to Advice