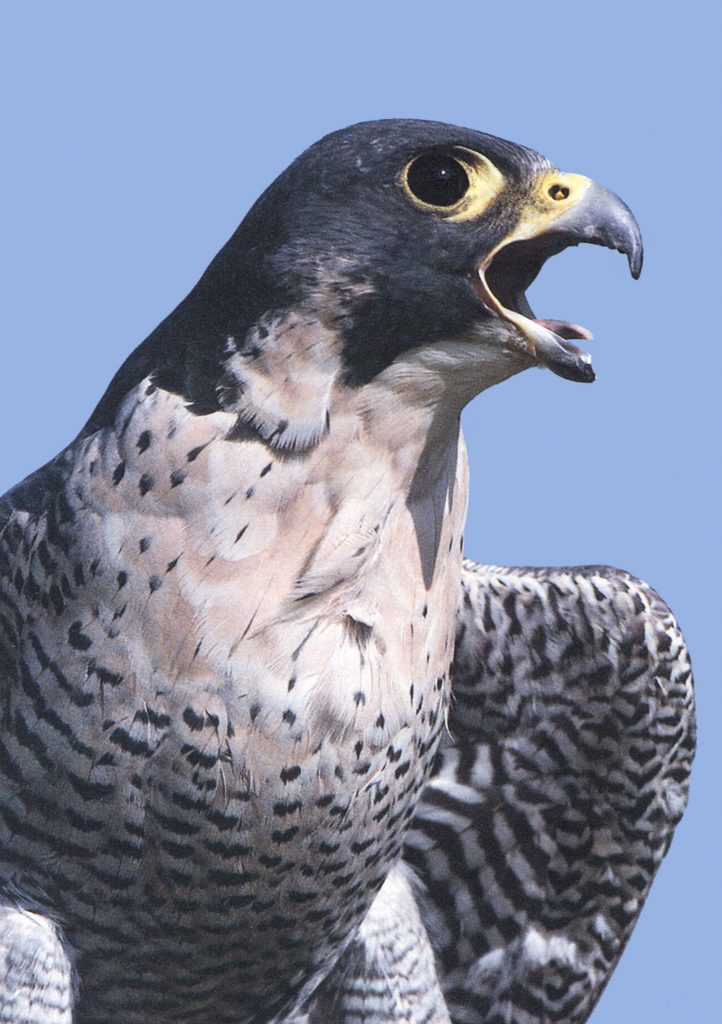 My first close encounter with the fastest bird on the planet

Spring and the sound of a cuckoo calling on the farm made my day. In the distance I could also hear a bird of prey. Not just any bird, a Peregrine. They nest on a sea cliff just a few miles away and at the speed these birds can fly our valley is less than a minute away.  My first close encounter with the fastest bird on the planet, recorded at 200 miles and hour, was memorable.

The location was secret and my hide was perched precariously on top of a sheer drop. After obtaining the required filming license and land owner's permission, my temporary home for the next few days was disguised with gorse. But returning the following morning I could not find it. Securely fixed I doubted it could have blown away overnight, so perhaps somebody assumed it was lost property? Luckily I was not alone, I had expert help from the local nature reserve warden. He too was concerned, then we realised the camouflage was so effective we were looking in the wrong place!

Safely seated inside, my vigil began and I soon realised that once peregrine chicks develop their first feathers, their parents feed them only a few times a day. The most heart stopping moment was one peaceful afternoon when the chicks were snoozing and I almost felt like doing the same. A loud peregrine alarm call made both myself and the chicks freeze. A buzzard flew close by. The male peregrine circled over the sea for a few minutes, then dived straight towards me. I heard the wind in its wings as it landed on a rock alongside. Slowly moving the camera lens I got the shot of a lifetime as its head filled the camera frame.

Getting so close to a wild peregrine was to say the least, exhilarating. But more with relief than excitement I now had enough images to edit the sequence, so could indulge myself in some still photography. The life of a wildlife film maker is never predictable and I have had more than my fair share of memorable moments. Standing face to face with a wild tiger, being chased by a short sighted rhino or wading in crocodile infested waters. Luckily I do not have to worry of such hazards on my farm in Devon. But even here the call of a top predator gets my pulse racing. They play such an important part in the natural world as a barometer to the health of the planet. If predators are doing well then so too is their food.

After the latest crop of stunning BBC wildlife programmes I am often asked if wildlife films can improve much more. Yet so many sights and sounds have still to be captured on camera. The technology just keeps improving. Now with bigger screens, finer detail and surround sound, today we have more of feeling of being there. I just hope we do not go a step too far. Watching thousands of gannets nesting on a remote rocky island from an arm chair is one of the gifts of modern technology. I just hope they do not introduce smelly vision.