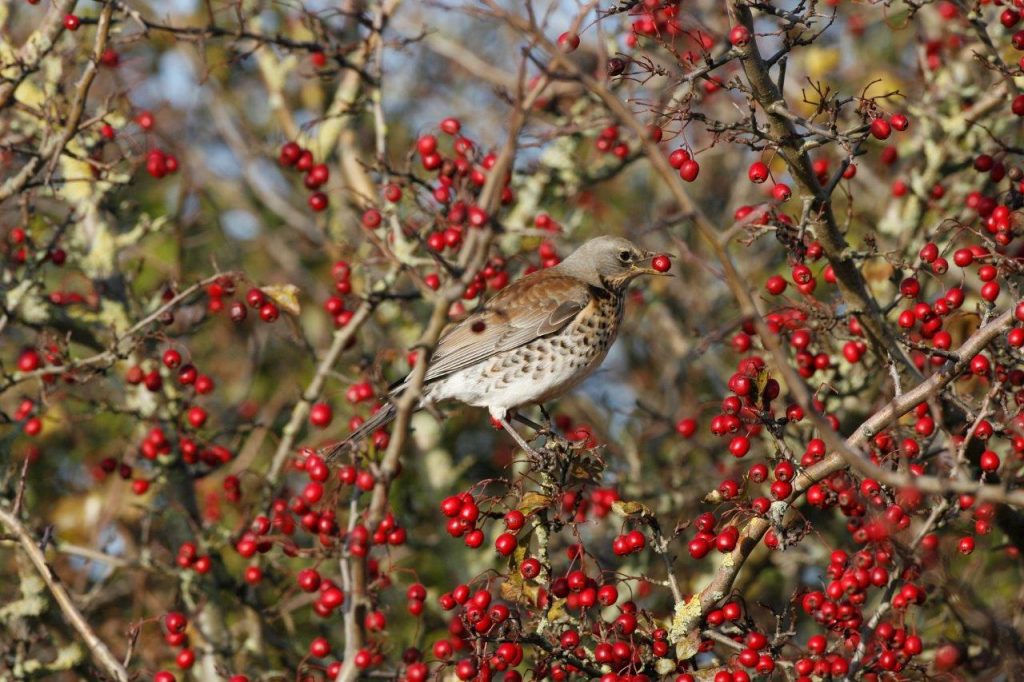 Look up and listen

Autumn is now upon us, in fact, I'm writing this on the Autumn Equinox, and although the season is known for its shorter days and changeable weather, the pay-off has to be the Autumn colours. Misty or even the occasional frosty mornings add to the picture and enhance the golden glow from the weakening sunlight and the colours of the leaves.

Despite the visual benefits to this time of year, there is a price to pay with the departure of our summer visitors. Although there are still a few Swallows around in my part of the world, the majority of the summer migrants have started their journeys south. But nature always tries to achieve a balance in all things, so while birds are leaving, many are arriving. Of these winter visitors one of the most spectacular sights has to be arrival of the Pink-footed Geese who often arrive in large numbers.

It is thought that something like 400,000 Pink-footed Geese arrive from Iceland and Greenland, where they breed during the summer months. They make the journey to our shores to avoid the worst of the weather that is likely to impact more northerly locations, so it begs the question, if the climate continues to warm will we see fewer visitors like these?

You are not going to see these sizeable brown and grey Geese in your garden, and lets be honest, you probably wouldn't want a large flock of these taking up residence on your lawn! But you may well see the large skeins of them heading in to find feeding grounds close to lakes, rivers and other areas of open water. Their distinctive ‘V’ shaped flocks can be spectacular to see as they cross the sky.

Spotting Geese might be relatively easy, but other species may pose more of a challenge and at this time of year, with many arriving at night, identifying calls can often prove to be a useful skill. Two of the Thrush family like to spend their winters with us. These are the Fieldfare and the Redwing. Listen out for what is often described as a 'harsh chack-chack-chack call' from Fieldfares as flocks move around feeding locations. A very different 'seep-seep' call, some times described as a 'high pitched sigh', is made by the Redwing as they fly into our airspace.

Sadly, as is often the case, Redwing and Fieldfare are in decline and are now red-listed, so it is becoming ever more challenging to see them. But if you live close to the countryside and mature hedgerows, you might be lucky, and you may well hear them crossing over the country to find food and shelter.

These visitors are just like our resident birds in their quest for sustenance and shelter, which is where we can help. Despite the enjoyment that autumn can bring it also acts as a warning that winter is approaching. The good news this year is that it would seem that there is quite a good berry harvest for the birds to enjoy, the bad news is that many see this as a warning of a harsh winter to come! It remains to be seen if this is the case, but now is the time to help by continuing to feed in our gardens. With more Covid bad news being broadcast daily, it looks like many of us will be looking to nature to calm frazzled nerves and calm anxiety over the months to come!

Stay safe and keep an eye on the sky.