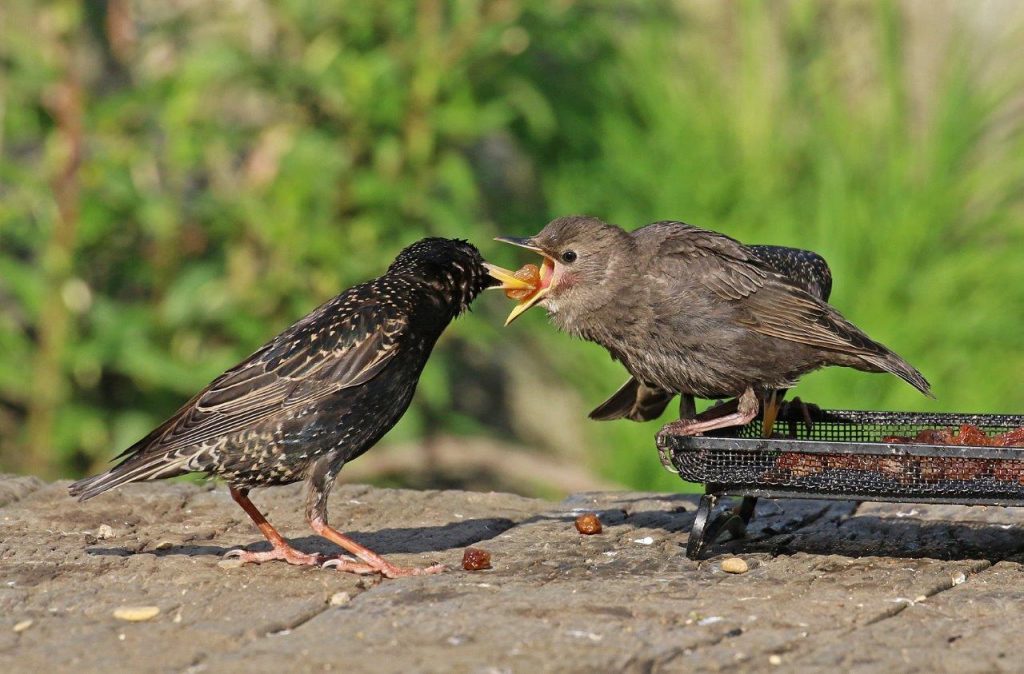 May and June in the wildlife garden

Despite some real ups and downs in our weather over the last month or so – including record-breaking warm temperatures in April and unseasonably cold days in early May – we’re now well and truly settled into spring. A measure of this is that our winter garden visitor migrants such as bramblings have returned to their breeding grounds in mainland northern Europe and Scandinavia, with these species being replaced by our summer migrants including swallow and house martin.

It won’t need us to tell you that numbers of insects and other invertebrates have seriously declined in recent decades. Indeed, hardly a day goes by when we don’t see and read something in the news about the catastrophic effect man is having on our planet – with insect numbers being just one of the serious and countless casualties. For many once common songbird species, this decline has in turn contributed to their own reduction in numbers. So the one significant thing you can do at this time of year is to provide live mealworms in your garden, which will be readily taken by blackbirds, house sparrows, robins, most species of tit and starling, with the adults feeding them to young in their nests and the fledglings after they emerge.

Taking this action can directly improve the breeding success of the birds in your garden and surrounding area, and if you haven’t fed live mealworms before then here’s a guide on everything you need to know.

Have clean water at ground level

Most if not all wildlife gardens will already have a bird bath, but these are often elevated on a stand and therefore not accessible to small mammals and especially hedgehogs – the first young of the season of which will be emerging in June. So having clean water at ground level is also important, with the warmer days now meaning that this could be a life-saver in some circumstances – e.g. a prolonged spell of dry weather and with no other source of water available nearby. You don’t even need an expensive bird bath or special dish, with the sort of plastic circular tray used under large plant pots being ideal. Whatever you use, the key thing is to make sure the water is regularly changed and kept clean.

Linking gardens together for hedgehogs

This isn’t an especially seasonal idea, but none the less now is as good as time as ever to do it. So the basic principle is that you agree with your neighbours to cut just one small hole at the base of each boundary fence, with this being big enough to then allow free access to hedgehogs to move between gardens. The significance of this is that, although only a relatively small mammal, hedgehogs will ideally have a feeding range of between 10-20 square hectares. This isn’t a territory as such because the species isn’t territorial, but simply the size of area an individual would ideally forage over in order to get sufficient food.

If everyone in, say, a suburban street or new housing estate was persuaded to do this, then just imagine the difference it could make to hedgehog numbers – which have declined by a staggering 50% in the last two decades alone. The other great thing about such an initiative, is that it encourages interest and involvement in wildlife gardening for folk who otherwise probably wouldn’t even give it a thought.

Leave some areas of lawn to grow long

Many wildlife gardens now have wildflower meadows rather than lawns, but this isn’t always practical – and especially for families with young children who rightly use their gardens to play in. However, a lawn doesn’t have to be an entirely shortly-cropped and sterile monoculture, but instead some areas can be allowed to grow a little longer and, dare we say it, have some weeds growing too! For example, dandelion flowers are great for bees, and goldfinches will feed on the globe of seeds. You can then either set the blades of your mower at their highest point and therefore only take the tops off the longest stems of grass, or just leave it until the autumn for a normal cut.

The other benefits to wildlife of leaving areas of lawn to grow longer, include habitat for invertebrates and greater moisture retention – hence why you often see parched lawns in the summer months which have been cropped down to a millimetre, but rougher lawns with longer grass still green.