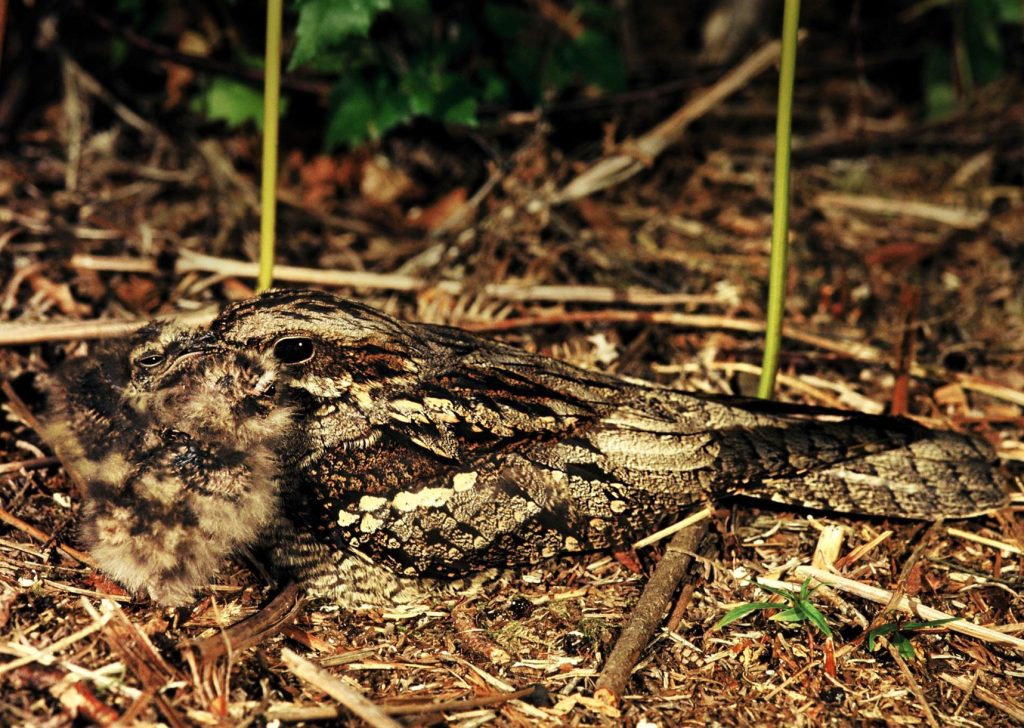 Surely nothing can beat a gentle walk on a warm summer's day. Perhaps through a woodland glade or along a flower filled hedgerow. Here in Devon, we can be spoilt for choice and science tells us it is also good for our health. But to see creatures that are hard to find, it is best get some experienced help. Especially for a bird that is rare or well camouflaged. Even worse if both. So how do you catch a glimpse of one of Devon's most elusive summer visitors?

To hear and see a Nightjar is a memorable event. Not least because they only emerge after dusk. So getting expert advice is essential. Both the County Wildlife Trust and RSPB organise evening walks to find this strange and mesmerising bird. Being nocturnal the Nightjar is more easily heard than seen. A wide-mouthed, insect-eating summer visitor to heath land and young conifer plantations, they spend much of their time sitting on the ground. A place where they also nest.  But being cryptically camouflaged they can look just like a fallen tree branch and so are almost impossible to spot by day. Only at dusk does a strange sound break the evening quiet. A mechanical churring call, like a distant engine, starts up as darkness falls. Their strange buoyant flight and wing clapping display is like no other bird. Only found in the UK between April and August, they spend the winter months south of the Sahara in central Africa.

For me the Nightjar is special and rarely caught on camera because they are so elusive. Of all the creatures I have filmed worldwide, the Nightjar holds a personal record. After three weeks, defeated by cloudy skies, wind and rain, a distant tractor and rumbling aircraft, a male Nightjar performed its circular flight, wing clapping and churring on cue. Silhouetted by a colourful sunset it was a sequence that took me over 60 hours to film for less than a couple of minutes on screen. Not a record that I wish to repeat, but a memory that will last a lifetime.