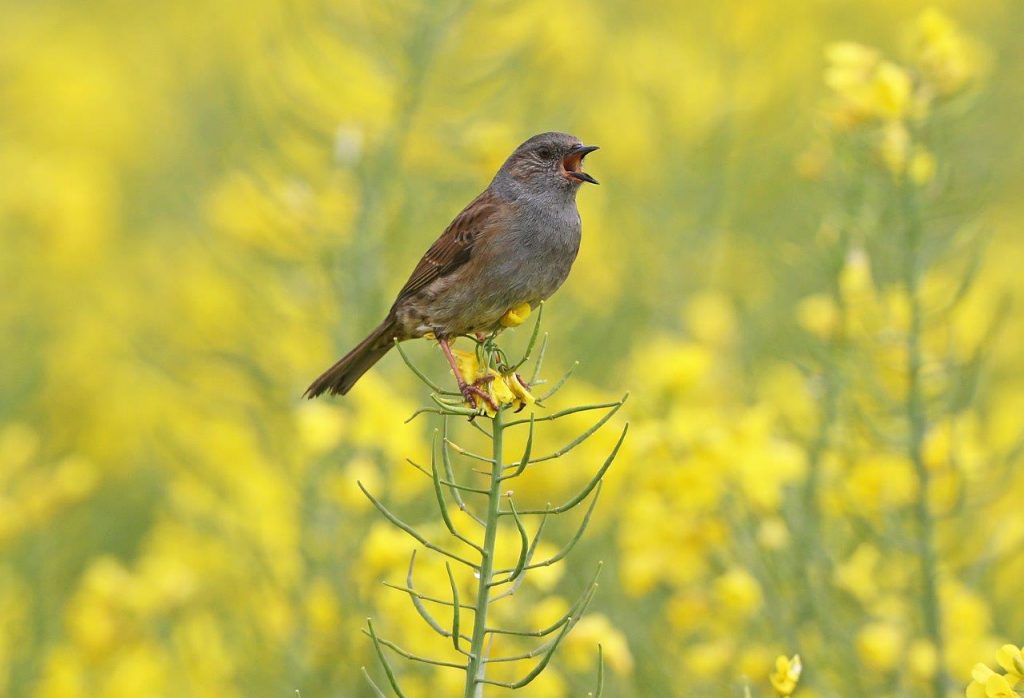 As part of our monthly series where we take a closer look at a different species of garden bird, this time it’s the turn of the Dunnock.

There can’t be too many gardens where at least one Dunnock doesn’t make an appearance in any given day - provided that is that the garden has plenty of cover such as dense shrubs and hedges.  But yet, few of us will notice or let alone turn an eye towards this discrete and unassuming little songbird. And to add insult to injury, if we do notice it then we might even call it a Hedge Sparrow – a common name for the bird but also an inaccurate one as it most certainly isn’t a sparrow.

So let’s clear up that last point first: The Dunnock belongs to a family of birds called Accentors, with the only other species in Europe being the Alpine Accentor – which, as the name suggests, inhabits high mountainous country above the tree line. But from where the Dunnock’s cousin lives in dramatic mountain ranges such as the Pyrenees, we’ll return to a garden in suburban Wolverhampton for a look at what our featured bird gets up to.

Dunnocks tend to stay on or close to the ground, and will typically shuffle along the edge of hedge or other undergrowth in search of food. They’re not especially shy of humans, but it’s more that they avoid open spaces – except that is when they let rip with their rather loud, high pitched but not terribly tuneful song, which is often delivered from an exposed perch.

Both sexes look the same, and no doubt it’s the somewhat drab brown and grey plumage which led to it wrongly being also badged as a sparrow. But the real giveaway that it’s more of an insect eater than seed eater, is the thin slender bill which it uses to catch insects, spiders and small earth worms. That said, the species will also eat small seeds, and indeed such food can form its primary diet in the winter months and especially in harsh weather. Our Robin and Friends Mix will certainly do the trick, and providing food for Dunnocks in harsh weather is especially beneficial to them, as they're a species that has a particularly high fatality rate in prolonged spells of very cold weather. Put the food directly on the ground or on a ground feeder, as the species won't use a hanging tube feeder or a bird table if it's too high from the ground.

Another interesting fact about Dunnocks relates to their breeding behaviour, in that as well as normal monogamous pairings, other scenarios include two males and one female, and, bizarre as it seems, two males and two females effectively forming one breeding pair - which takes some thinking about, but in essence two males both mate with two females, and then both males feed the young of those two females!

Despite being relatively common in our gardens and the fact that the species breeds right across the UK (the only exception of note being the Shetland Isles), the Dunnock has been in decline for more than 45 years, with a 30% drop in its breeding numbers over this time period. This has meant that it is now listed as 'amber conservation status', though in pure number terms there are still around 2.3 million breeding pairs.

So let’s all give the Dunnock a bit more attention and recognition, and certainly never again utter the words ‘Hedge Sparrow’ in its presence.