The plight of swifts and what you can do to help

The Swift is one of the most iconic birds of the British summer. Arriving relatively late as a migrant from Africa in the last week of April and the first week of May, then leaving early to return back in August, the few months the swift is with us we’re often aware of their presence by the manic flights they make around buildings in our cities, town and villages, and their equally manic screaming calls.

Swifts are truly amazing birds for a whole lot of reasons: Firstly, from the time they leave their nests to fly back to Africa to the time they return the next spring, they wouldn’t have landed once.  In fact after young birds have fledged they stay in the air for a staggering three years until they breed for the first time. Swifts sleep on the wing, feed on the wing and even mate on the wing! They can do all of this because their wing loading is so low, meaning that their body size and weight is low relative to the size of their wings. So the same sort of science which keeps a glider up in the air without an engine as a normal aircraft has. Swifts are fantastic flyers and display all sorts of qualities, from soaring high into the sky with little wing movement, to outrageous acrobatics as they fly madly between buildings with small groups of their friends.

Although the Swift is not dissimilar to a Swallow or House Martin with its forked tail, in fact it is not related to either (swallows and martins are in the same family – Hirundinidae). This similarity is a result of ‘parallel evolution’ which basically means that Swifts have evolved similar physical characteristics to Swifts and Swallows, and this because both have the same requirement to catch flying insects on the wing.

Swifts are in serious decline and need our help

But now the bad news… swifts are in serious decline and their numbers have fallen by an alarming 50% in the last decade or so, with this leaving around just 85,000 breeding pairs in the UK. So why the decline? Although all the reasons are yet to be understood, a major factor is a reduction in suitable nest sites – typically gaps under the eaves and other roof spaces in old buildings. But with so many old buildings demolished and with others renovated and the nesting spaces gone, Swifts are having a tough time. 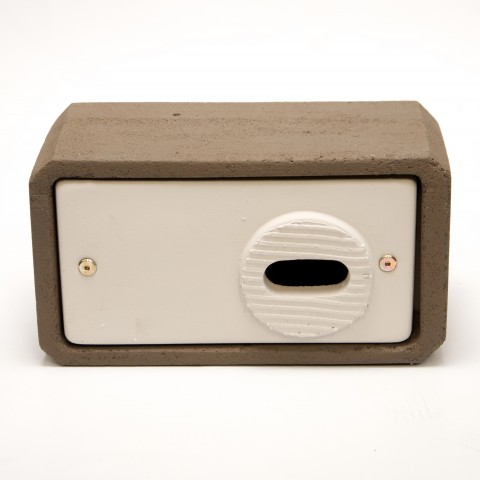 So what can you do to help? Well putting up a special nest box – or two – like this one would give returning Swifts the perfect place to nest.

This special nest box has been designed specifically for Swifts and is made from sustainable sourced plywood and treated with a light oak preservative to ensure it lasts.

The ideal site for swift nest boxes is under the eaves or on walls facing north, northeast or northwest and out of direct sunlight – which is very important for all nest boxes to ensure the young birds don’t get too hot (which can kill them). Height should be at least 5 metres above the ground, with clear adjacent airspace so the swifts can access it in high-speed direct flight. And the best time to put up the nest boxes is before the swifts return – so aim to have them up by the third week of April at the latest.

So please do see if you can find space on the wall of your house or other building (perhaps the local school?) for one or two swift nest boxes, and here’s a final few facts to reinforce just what an amazing bird the swift is and why it deserves your help: They can fly up to 500 miles in a day, live on average for 7 years, with some birds even reaching 20 years or more. So just think, or work out, how many miles a 20 year old swift would fly in a lifetime!