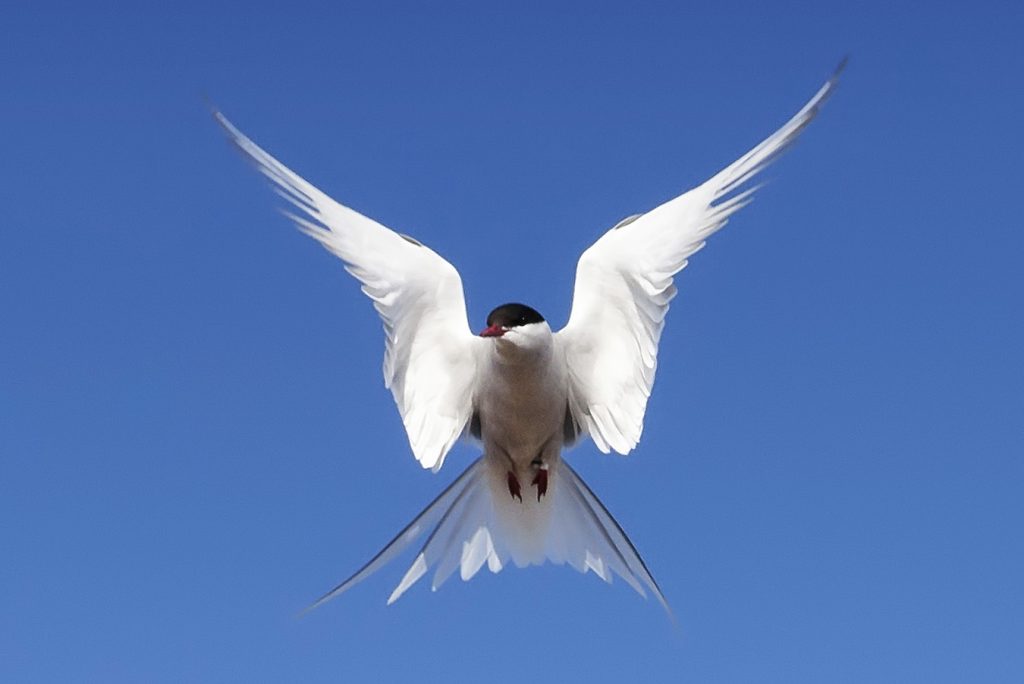 Joys of a Staycation

It's August, the month when millions of people across Britain set out on their annual migration, although most call it a holiday. The coast must come top of our list as a favourite destination, and we are not alone. For many of us sand and sea are vital ingredients for a good break. But for wildlife the soporific sound of gently lapping waves means something entirely different. More a service station for meals. The statistics are simply mind boggling. Each year some 17 million birds migrate across Britain. From wildfowl and waders to tiny warblers. On beaches and mud flats, long legged birds eagerly probe for food, while gulls and terns pick their snacks from the sea. For some the British coast may be their prime winter destination, for others just a first stop on a very long journey. Giving space to wild travellers at this time of the year is vital for their survival.  For me nothing is more awe-inspiring than to watch migrating birds pass by, marvelling at the vast distances they have already covered or perhaps how far they may still have to go. In terms of distance the prize must surely go to the Arctic Tern that travels from the polar regions of the north to the Antarctic and back again. A distance of over 18,000 miles every year.

Here in the UK, Autumn migration often starts early. August seeing many of the first arrivals. Both wildlife and people. The bad news is that if you are on holiday, early morning is the best time to watch migrant birds. But finding the best locations often needs some local knowledge. Thankfully the internet can usually provide a list of seasonal hot spots. Unlike the spring migration when birds seem in a rush to head north for breeding, the Autumn exodus is usually more leisurely, done in stages and can be seen across the country. The best places for bird gatherings provide somewhere to refuel and socialise. So, keeping your distance and dogs under control is vital. Birds fly long distances not for fun but to prevent starvation.  Something we can now all appreciate more having seen the summer queues for eating places and found car parks full. Oh, the joys of a staycation.