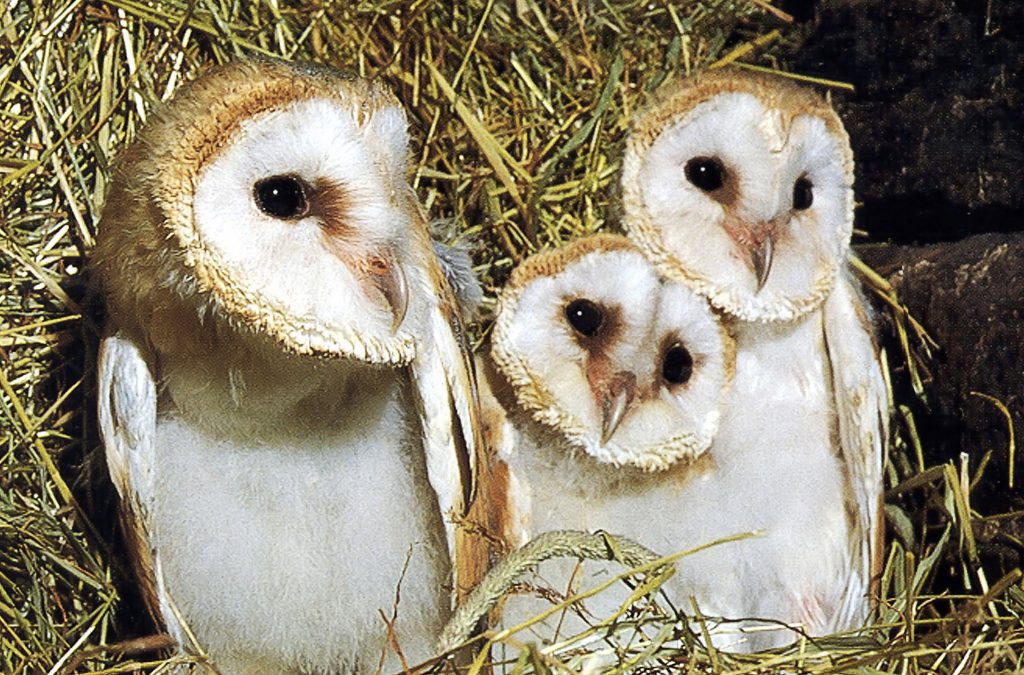 All things bright and beautiful

It must be Autumn.  Soft golden light, misty mornings and heavy dew glistening on the grass. Despite the unseasonal warm day, summer is fading fast. The countryside is preparing for winter.  Birds burying acorns, mammals stuffing themselves silly. Books tell us that the last broods of birds should have flown. But nature does not always do the same every year and 2018 is no exception. Our wild barn owls are running late. Only now are the parent birds being forced by hungry offspring to hunt during daylight. Away from the safety of the barn, veiled by morning mist, there is less risk of being harassed  by jackdaws and crows. The sight of their white wings disappearing over a field always gives me a thrill. Putting peanuts out regularly not only attracts birds and badgers, but mice and voles too. Something our barn owls here at Church Farm have learnt to exploit.
Watching these gorgeous creatures is a highpoint in my wild year. Many times I have been lucky enough to see barn owls in the nest.  Protected by law and needing a Natural England licence to film nestlings, gives a clue to their relative rarity. When grown their senses can compete with any super hero and their ability to hear and see in the dark is nothing short of amazing. It is a shame you cannot say that about their hatching. Painfully slow, only a time lapse recording can reveal their struggle to emerge from an egg. What appears  is not pretty. If a prize were to be given for the ugliest little bird, then a newly hatched barn owl would win wings down.  All beak, large holes for ears and eyes half closed. Thankfully that hideous start soon disappears as white plumage grows, facial disc fills and large eyes open.
Just how such a majestic creature can be so unattractive at first defies belief. But within a couple of months their entertaining  behaviour begins. Heads rotate to absurd angles as they learn to listen and pinpoint the slightest sound. Large eyes do not miss much either, as they mature into what must be the most beautiful of all birds. Now as they take flight only high speed filming can reveal every twist and turn before they plunge into the grass for a meal. It is all too easy to become mesmerised watching the buoyant flight of a barn owl. Now I too am running late.
© Andrew Cooper, our guest blogger from Dorset