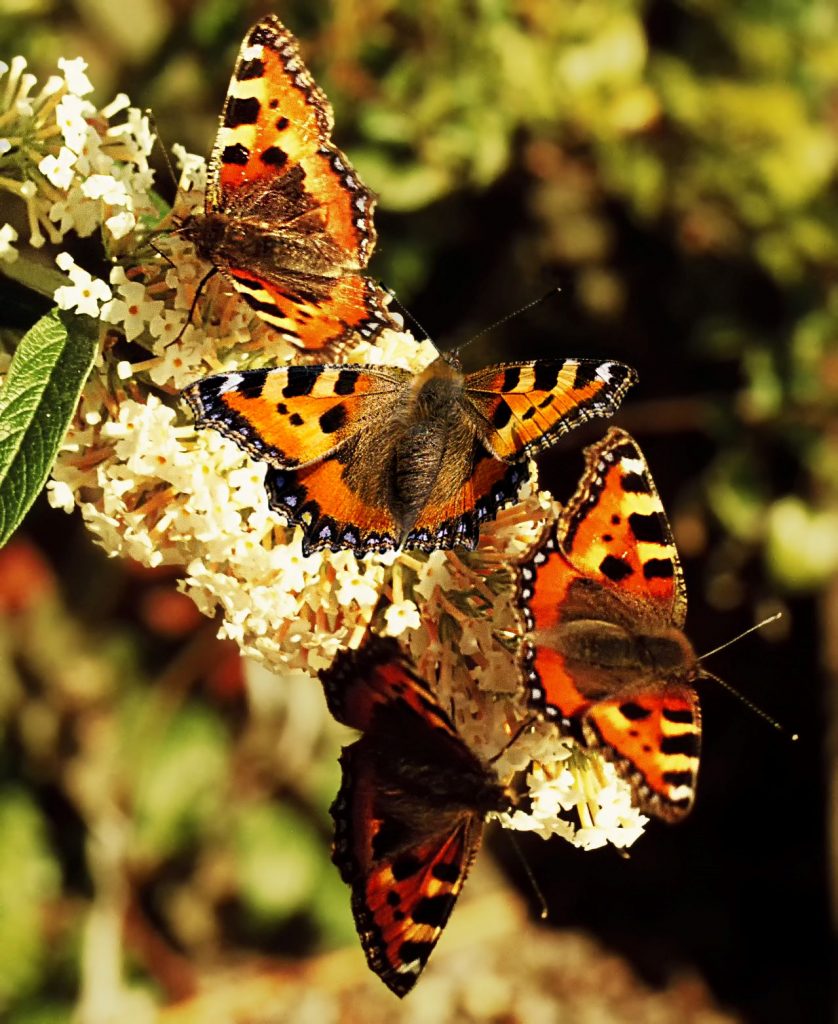 Beauty and the Beast

It was not until I gazed into the eyes of a tiger in the wilds of India while on foot, that I fully appreciated the meaning of a food chain. And I was not at the top. Here in Britain, as elsewhere, plant life often forms the first vital links. Even in our gardens we can help the diversity of life by planting nectar rich blooms to attract a variety of insects. Something that brings an added bonus. The appearance of bright wings in summer is enough to gladden any heart. Especially for those confined to home in recent months. As the roads became quiet and aircraft vanished, the rich sounds of nature now carry far. Here the sky has cleared to reveal the deepest blue I can remember for many years and as temperatures rise so too does the flow of nectar. What more could a butterfly want? Around 40 different types of these splendid creatures can be found in Devon, some two thirds of the total that breed in Britain. And that is not counting the visiting vagrants that sometimes reach our shores.

Now gardeners can at last sit back between jobs of the horticultural kind to enjoy the wild fruits of their labour. A colourful succession of our most varied and exquisitely patterned insects thronging their favourite flowers. But photographing frantically flapping wings in the heat can more of a challenge. Especially when your subject flits from bloom to bloom faster than the camera will focus. Thankfully butterflies are slow to rise after the cool of night, so canny snappers get up early. Even so, as the morning warms the insect race to feed gets faster. So spare a thought for the film maker, who with heavy camera and a tripod, behaving more like a three legged octopus, while attempting to capture the action on film.

In the heat of a forest clearing, on a steep hillside beneath the buzzing of overhead power lines, one of my camera assistants was chasing a rare quarry. A tall, fit young student, he enjoyed his image of being an intrepid wildlife filmmaker. Unfortunately after catching his foot in a tree root he went headlong. His landing was heavy, but like a true professional he saved his equipment at the expense of himself. Winded and hobbling, I helped him to our vehicle before driving back to the BBC in Plymouth. In truth, the only injury was to his pride. He did however ask me for a favour. I must never reveal to the attractive young women at the television studios, that his injury in the line of duty was caused while chasing a butterfly.