Throughout the UK except for the far north of Scotland, the Outer Hebrides, Orkney and Shetland.

Habitat can be fairly mixed and includes open deciduous and mixed woodland, hedgerows, gardens with plenty of trees, shrubs and hedges, plus scrubland and parks. Occasionally seen in coniferous woodland.

Probably around 340,000 breeding pairs, but numbers fluctuate hugely dependant on the severity of winters.

This aptly-named little bird is a highly entertaining visitor to gardens, where it will nearly always be in a flock of the same species. They are very active and continually keep in contact with each other with twittering calls interspersed with higher notes. The Long-tailed Tit cannot be mistaken for any other bird, and along with the obvious and disproportionately long tail, the white, pink and black plumage makes them easy to identify. They are also relatively easy to attract to garden feeding stations, and especially like to cling onto mesh peanut feeders and suet cages – often cramming themselves onto the feeder in what appears to be impossibly large numbers for the available space.

What sound does a Long-tailed Tit make?

Food is mainly small insects, their larvae and small spiders, plus some seeds in the winter. In gardens where food is provided, the species readily feeds on peanuts and suet pellets in mesh feeders, and also loves suet blocks and suet balls.

What should I feed Long-tailed Tits?

We recommend the following products to not only attract more Long-tailed Tit s your garden, but also ensure you are meeting their optimal dietary requirements. 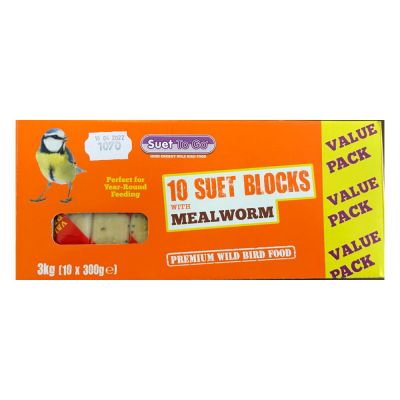 The Long-tailed Tit’s nest is a true wonder of nature. It is constructed from moss and bound together with hair and spiders’ webs, to form a dome-shaped structure which is entirely enclosed other than for the entrance hole. It is camouflaged with lichen, and the inside lined with often hundreds of feathers. Both male and female birds build the elaborate nest, and because it can take up to three weeks to construct, work often starts as early as late February in the south of England (a little later further north). The location of the nest is in a dense bush, hedge or even high up in a tree if the foliage is thick enough. The clutch size of around 8-12 eggs (though can be up to 15) is exceptionally large for any bird, but the high number is required because of the species’ high mortality rate in harsh winters.

Long-tailed Tits are highly gregarious and are typically seen in extended family groups of up to 20 birds, though will often flock with other species of tit to form larger feeding groups in the winter months. They are highly dexterous and agile, and this, combined with their very sociable nature, means that multiple birds will happily cram onto feeders at all sorts of angles and positions, with their bodies and tails in contact with one another. An especially interesting behaviour in the breeding season is that additional birds will sometimes join the two parents in feeding their large number of young, with these extra helpers perhaps being failed breeders that are related to the parents.

The species is doing fairly well and currently enjoys green status. However, a succession of very harsh winters has a dramatic effect on population numbers.