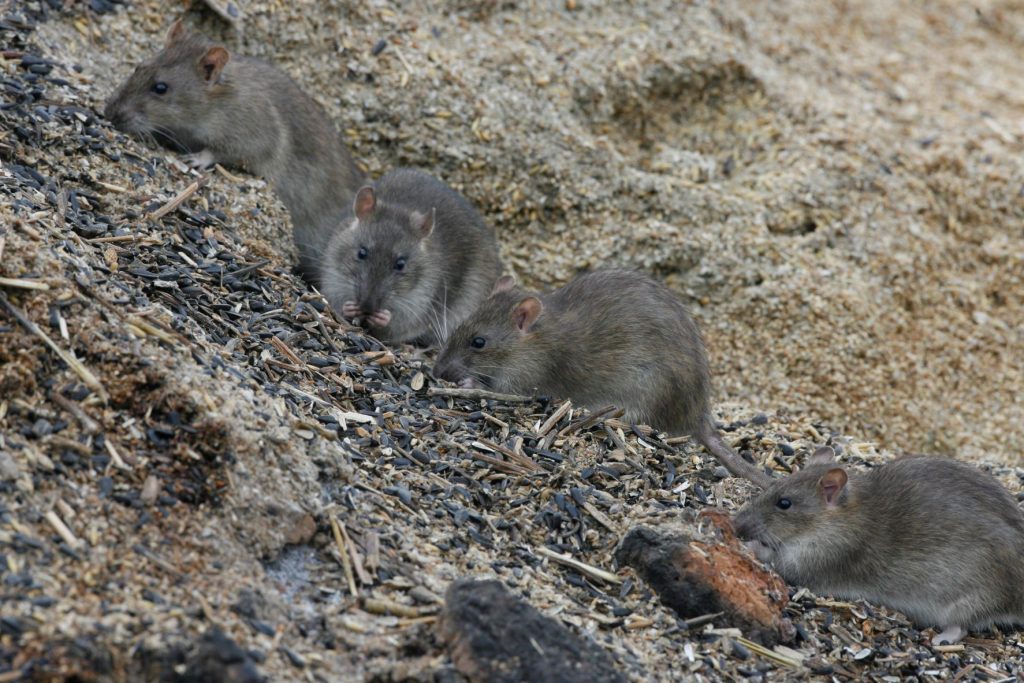 How to deter rats attracted by bird food

Although feeding the birds in our gardens can also attract other wildlife, it’s fair to say that one species few, or any, of us welcome is the Brown rat.  But before we look at the reasons for its lack of popularity and what can be done to prevent it setting up home in our gardens, it’s worth learning a little about the species and how it first came to be established in the British Isles.

How Brown rats arrived in the British Isles

The Brown rat, also known as the Common rat, is not native to our shores but was introduced here accidently in about 1730 from ships travelling from Asia, where the species is native. With a diet consisting of pretty much anything which is even vaguely edible and some things which really shouldn’t be, plus an ability to breed at a truly alarming rate, the Brown rat quickly colonised much of the British Isles. A further factor in its success and speed of colonisation, is that it can live almost anywhere provided it can find food and shelter. This basic requirement has inevitably meant Brown rats live in and close to human settlement, as buildings (and even sewers) provide shelter and humans provide them a food source – albeit generally not intentionally.

Living in close colonies, Brown rats dig their own burrows – often a tell-tale sign of their presence in gardens. They are amazingly successful breeders, with the female being able to successfully mate from only around 3 months old. She can have an average of five litters a year, with each of these having up to 12 young. So that’s an awful lot of rats from just one female and in just one year.

Why rats aren’t welcome in our gardens

Although arguably an interesting mammal and one to be admired for its inventiveness and adaptability, rats can cause considerable damage to property such as chewing through materials, including electrical cables, if they’re able to move from garden to inside a building. Brown rats also carry diseases which can be transmitted to humans, and will also take eggs from the nests of garden birds such as Robin and Blackbird, so however you look at it this non-native rodent, it really has no place in our gardens.

Brown rats can be attracted to gardens by bird food (or any food, but for this blog we’re just concerned with bird food), which then becomes a problem if they set up home in, or close to, the garden – e.g. burrowing under a garden shed. Once in situ and if food is readily available, they can quickly multiply and the problem can get out of control. So the absolute key is to prevent access to bird food, and as rats are largely nocturnal, this can be fairly easily achieved by not leaving out ground feeders or food on bird tables overnight. On the latter, rats can climb provided the surface is rough enough for them to cling to. Given this, bird feeders hung from a metal pole, or feeding station using a metal pole, will not be accessible to rats. However, dropped food certainly will be, so it’s also important to clear any up before nightfall. Sometimes Brown rats will look for food during daylight hours, but typically only if they feel safe with close cover. So bird feeding stations that are away from cover – e.g. the middle of the lawn – are unlikely to attract rats in the day.

How to get rid of Brown rats from gardens

If the measures above have been taken but you still find evidence of rats in your garden – and perhaps because an adjacent property owner hasn’t done the same and is leaving bird food out overnight – then the next step is to consider getting a professional pest controller in. However, we strongly advise against allowing any professional pest controller to use poison, as this is not a good solution given it carries the risk of another mammal species – or indeed bird species – eating the dead rat and therefore also dying as a result. This can be a particular problem in rural areas where Red Kites and Buzzards are present. Therefore traps which either a) kill the rat immediately, or b) catch it alive but allow for the animal to be humanly killed shortly afterwards, are the answer.

Of course some people may choose to buy the necessary traps and, having carried out fuller research on methods for catching and dealing with rats, take the job on themselves. That of course is fine, but it should be noted that although it is not technically illegal to release Brown rats Rattus norvegicus that have been caught in humane traps away from your property (it is illegal to release  Black rats Rattus rattus), this is not advised because it firstly brings you into potential close contact with the rodent and therefore there is a disease transmission risk. Secondly, the rat problem is probably just being passed to someone else.

We also don’t advocate the removal of habitat such as log piles and thickets from gardens to give rats less places to live and hide – something which some pest control companies recommend – because this just means much less wildlife in your garden overall.

Brown rats are not welcome visitors to gardens, and although there are several reasons to admire this adaptable non-native rodent, none the less steps should always be taken to discourage them and remove when necessary.

Prevention is better than cure, with the absolute key being not leaving accessible bird food out overnight.

If Brown rats are present and despite taking steps to remove bird food overnight, then traps are the answer but certainly not poison.