News From The Farm
Your regular update from Nicholas
TheWeather
‘Where there is a surplus of food, bird numbers increase - so keep feeding during Summer’Nicholas Watts

Two things dominate the farm at the moment – irrigating the potatoes, because the land is getting quite dry now, and roguing the organic cereal crops.
It is important that we get a good yield of potatoes, so they will be profitable, measured by the weight and the quality of the crop. Usually, an irrigated sample will make a few pounds more per tonne than an un-irrigated sample. We keep the irrigating machines going for 6½ days a week when necessary.

All of last years chipping potatoes have now gone to McCain’s factory to be made into chips, but we still have some red potatoes left to sell.

We are roguing the organic cereal crops because they are being grown for seed – this means rogue plants are removed from the fields. The cereal crops are for a merchant who will clean up the grain and then sell it on to other organic farmers to grow. We have to rogue the crops for wild oats, as the wild oat seed is nearly the same size as a barley seed and farmers don’t want to be sowing wild oats.

I started organic farming in 1998 because I was worried about our farmland birds declining. I had realised that the birds fed their young on insects obtaining the insects from all the various weeds in our crops. Through the 1960’s and 70’s, the agrochemical industry had introduced many new chemicals and by the 1980’s, we were able to kill all the weeds in our various crops. This meant that it had become very difficult for the birds to find food for their young. Most insects are plant specific, meaning they will only lay their eggs on one or two varieties of plants. For instance, the knotgrass beetle will only lays its eggs on knotgrass. So, if there is no knotgrass, the beetle will lay eggs on another plant and when the young hatch out they will die, as they are unable to digest the leaves of the different plant.

The only way of I could think of farming with weeds in our crops was to farm organically. So we now have weeds in our crops, but we can’t allow the wild oats to grow if we are growing crops for seed. Our main problem weed, on the organic land, is creeping thistle and we pull those out as well whilst we are walking across the fields. Pulling creeping thistles isn’t the best of jobs – and you certainly need a thick pair of gloves.

Down the farm, we have had an invasion of Brown Tailed moths. Their caterpillars have been so numerous that they have stripped nearly all the leaves from our hedges. Their preferred plant is the hawthorn, but as they are polyphagus – able to feed on many kinds of food – they have been able to eat blackthorn, dog rose, hazel and willow. They are hairy caterpillars and the food of the Cuckoo and I have been able to see or hear Cuckoos every day, right through May and June.

All the species of birds that I come across seem to be having a good breeding season. This is so different to last year, when we had one of the coldest springs on record and no species seemed to do very well.

Barn Owls are having their best year for about four years, simply because of increased vole numbers. Voles do not breed well in a wet environment and we have had a few wet years. The last eight months have been drier than average and so the voles have bred well. The average Barn Owl clutch this year is around three. It is so pleasing to climb up the ladder and peer in the box and see three or four owlets looking at you as they back into the furthest corner of the box. Click here to watch our live Barn Owl webcam. Most clutches are the same age; it is just amazing how nature triggers a species to start breeding at the same time.

Tree Sparrows are also having some good clutches, even though the number of pairs are down from five years ago. They are rearing about the same amount of young per box, where I am feeding them red millet, so I am not worried about them. Where I have nest boxes and not feeding them with millet, they are not doing very well at all, they have one brood and seldom a second brood.

Birds breeding on our wetland have had their best year ever. Over the past few years Herons have been visiting, I have never seen them eat anything but I do know that if it moves, and can be swallowed, it is good enough for a Heron. This year the Herons have been absent because Black Headed Gulls moved in to breed on the islands and they have been seeing off the birds of prey, including the Herons.

The Black Headed Gulls moved in because something had frightened them off the island in our reservoir. They were there one day and gone the next day. Half of them moved to the wetland, where they had a successful breeding season and helped Lapwings, Redshank, Oystercatchers, Mallard, Shoveler, Gadwall and Shelducks to have a good breeding season too as the Black Headed Gulls are very noisy at their breeding colonies. They have been known to take Tern eggs, so I wasn’t sure whether we really wanted them, but they will be welcome again next year.

A Song Thrush has really stood out this spring as the best songster in the Farmhouse garden, far louder than anything else and such clear, fruity notes. I have plenty of suet pellets and soaked sultanas available, but I’ve not seen him taking any of that food. Starlings and Blackbirds have been taking all the food though, which is fed in a cage so that the Jackdaws and Wood Pigeons cannot get at them. They keep walking round the cage though because they’ll get a few crumbs. As most of you will know size matters when it comes to feeding birds, the larger birds just push their way in and the smaller disappear, especially if those larger birds are aggressive.

Mealworms are fed in another cage so that the Starlings and Blackbirds cannot get at them. Some Starlings wait outside this cage trying to mug anyone who exits with mealworms while the Blackbirds wait politely outside, waiting for someone to drop a mealworm or two. 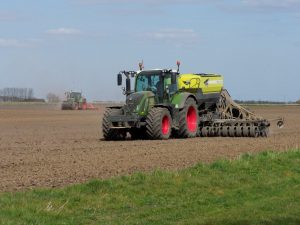