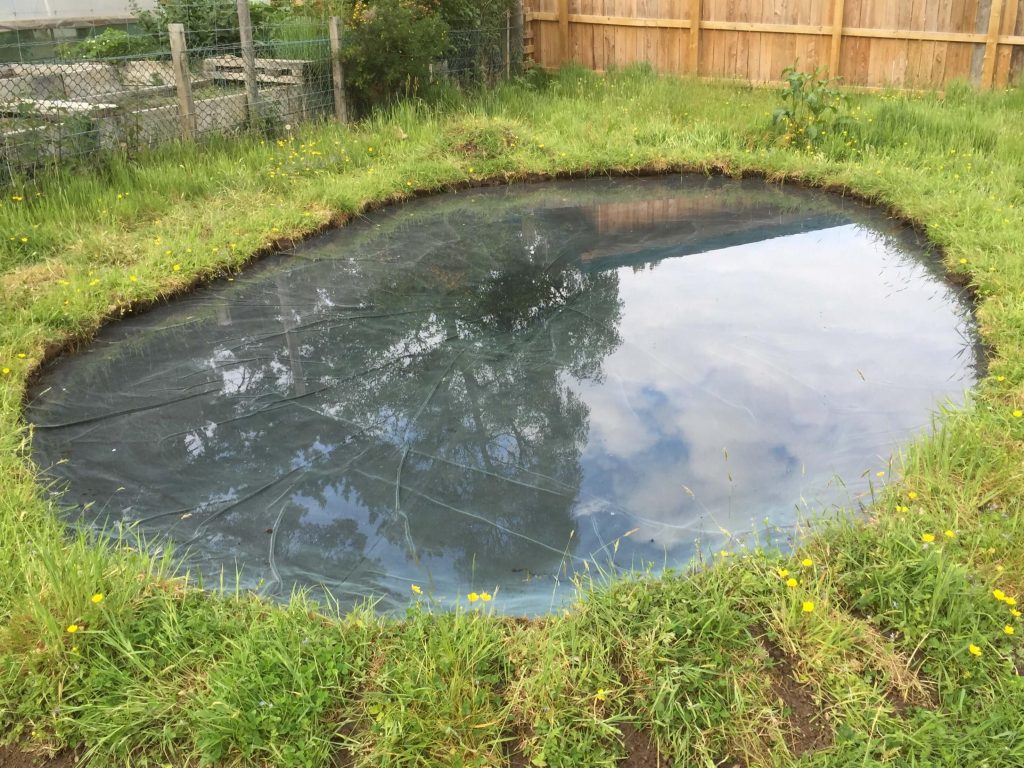 July and August in the wildlife garden

July and August are perhaps the months where you enjoy the fruits of your labour in your wildlife garden rather than, well, carrying on with lots more labour. Therefore, with less to physically do until the very late summer and into autumn, now is a good time for wildlife gardeners to review what they have in place already, then consider improvements and possible further developments.

An associate of Vine House Farm, Roger Hughes, who we’ve worked with for the last decade, now lives west of Inverness in the Scottish Highlands. For the last year or so, he’s been telling us how he’s been turning a rough patch of lawn in his garden into an area thriving with wildlife, with the centre piece being a pond. We’ve really liked what he’s had to say about his project, as it seemed to embrace so much about wildlife gardening and the whole mindset around it. So here’s his account of how he approached the project and what’s been achieved in such a short space of time, which we hope will inspire readers to do something similar.

“The area I earmarked for my wildlife garden project was essentially just rough grass and weeds (the more the better of the latter for the end game), though the previous owner had kept the length of the vegetation low by strimming it and even bringing in some sheep once a year! It was close to my veg and poly tunnel area (which you can see to the left of the photos) and was just begging to be put to better use.

My start point was to excavate for the wildlife pond, and as the land has a slight slope on it I was able to use the soil I dug out to build up a bank on the right hand side – as you can see in this photo.

The critical element at this stage of creating a wildlife pond, is to ensure that the level is the same all the way around the edge. So using a spirit level is essential, and you can then reduce or increase the height of the ground as necessary. To really get it spot on – and the advantage of that being that you don’t see the top of any liner once it’s full of water – is to add a layer of builder’s sand, as this easily allows for fine tuning.

Step 2: The pond is filled with water

With the liner in and the pond filled with water, I then used the turf which I’d previously dug out to cover the outside soil and sand, and of course the liner which sat on top of it. A good tip here is to place the turf so the edge slightly goes into the water, with this then creating a much more natural look.

Just going back a stage and importantly, before putting the liner in I used old carpet to completely cover the relatively rough excavated ground. This not only protects the liner from become pierced by any sharp stones, but also offers a degree of protection from advancing tree roots.

And here it is just over a year on! The planting in the pond is all native species – which is fairly important for a wildlife pond – and includes purple loosestrife, water forget-me-not, yellow flag iris and water avens. What has surprised me with the vegetation around the pond, is that I haven’t had to plant anything – what you see is simply the turf from the previous photo which has now been allowed to grow. Indeed, along with numerous grasses and common weeds, there are even some wild flowers which have emerged.

Step 3: The wildlife pond - one year on

Further back from the pond and against the fence to my neighbour’s property, I’ve planted a native hedge of mainly hawthorn. Against the deer fence on the left which protects my veg area and poly tunnel, I’ve built hibernation structures out of old and rotting scaffolding planks for newts and the other amphibians to use in our very cold winter months.

On a final note, the old adage that ‘build it and they’ll come’ has certainly proved true, with a host of species quickly taking up residence – and notably smooth and palmate newts. That’s made all the effort worthwhile of course, and a day doesn’t go by when I don’t spend at least some time enjoying my new wildlife garden area."