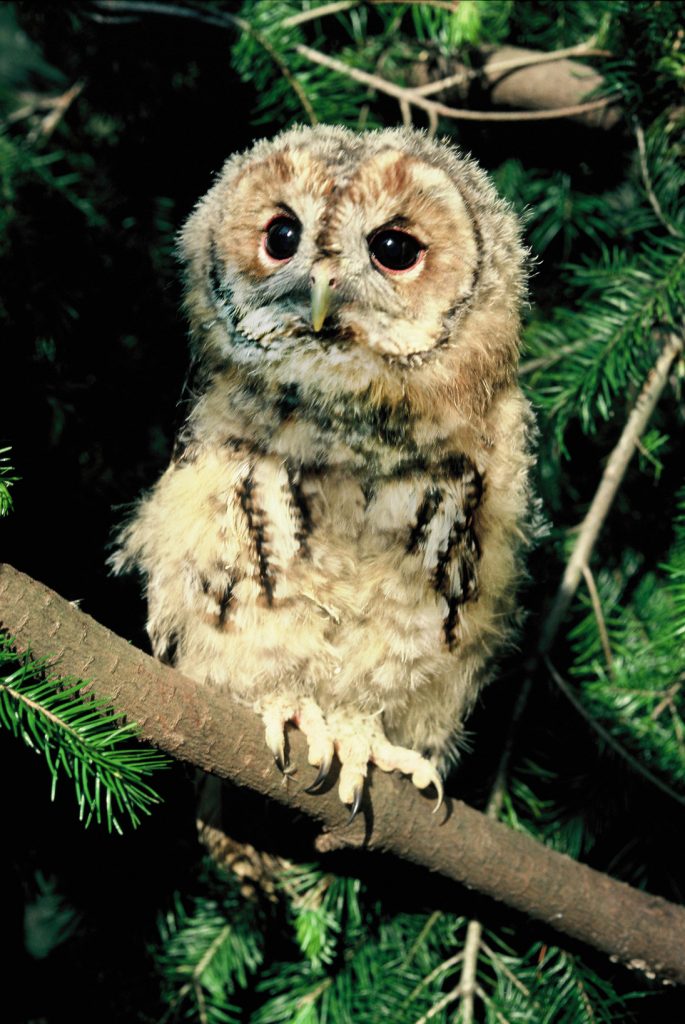 The shortest day of the year is an important turning point for wildlife in the northern world. This is the season for long, cold nights but so far this winter has been remarkably wet, windy and mainly mild.

Down here in Devon, our mice and voles are still feasting on the unseasonably late fruits of autumn, along with fieldfares and redwings. While other birds struggle if windy and wet, especially those with soft, silent feathers that easily become waterlogged. Yet for the Tawny Owl this is an important time of the year. They are one of the earliest birds to begin breeding before winter's end. Their haunting call of  'to wit', 'to woo' is in reality a duet between male and female. Something that reminded me of a midwinter event a few years ago in a nearby village. The story even made the national papers. Once upon a time, when we could all party, two women met for the first time at a Christmas do. One started talking about owls. The other commented that her husband regularly stood outside in the dark to wind them up by replying to the first call. The other lady was surprised at the coincidence. Her husband did the same. Only when they realised that they lived within earshot of each other did the penny drop. Their husbands had been calling to each other for weeks!

Working outdoors in midwinter makes you realise how tough it must be for wild creatures. While filming in mountains further north, I got used to working in extreme weather and the Russian Arctic is one of most severe. Here I discovered how people and wildlife survive in the harshest conditions of deep snow and ice, and during winter endless hours of darkness. My biggest revelation came just inside the arctic circle before any snow had even fallen. In the shortening days I was walking down a forest path on my way to see where the woodland ended and tundra began This was the so called 'tree line'. Further north on the open tundra, there is not enough strength in the sun, even in summer, to allow trees to grow and their roots cannot penetrate the frozen soil. The forest track was flanked by conifers, most of which appeared to have been chopped about four metres above ground. I was curious and asked my Russian guide. "Christmas trees", he replied. As we continued walking I innocently asked how they reached so high to cut them, perhaps a special machine?  He looked at me with a wry smile, "Nyet, that is where the snow reaches. We just walk along on top of the snow with a hand saw and cut the tops of any trees that stand proud".  I had never experienced such depth of the white stuff before and it made me realise what a soft life I thankfully led here in Devon.

Keep safe and have a warm and Happy Christmas!

Our guest blogger Phil Pickin is hopeful that if we all do a little to support nature, then the collective outcome can be significant
Read More