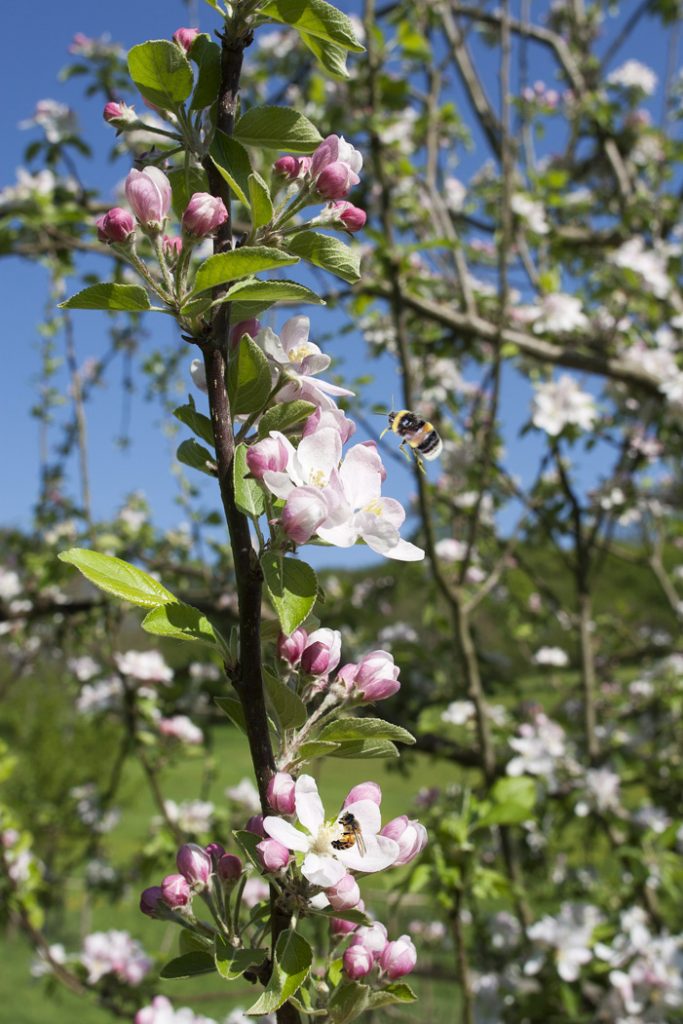 A vast fruit-bearing forest once covered much of lowland Britain, stretching from the East coast to the far West. Down here in Devon the major centres of apple growing were the sheltered south coast river valleys of the Teign and Tamar along with countless smaller others. For centuries, apples were and still are, associated with benefits to our health. Once a upon a time we did not have to go far to pick this fruit from a tree, because almost every house and cottage had their favourite supply growing close to home. Now we seem to import them from half a world away. But apple trees don’t just benefit us. The west country especially has a long and proud tradition of growing apples, not only for eating but drinking the famous amber nectar they also produce.  All of course in the name of good health. But it was not just people that benefitted from this tasty local produce.

Back in the 1980s I produced the first major networked BBC wildlife series that featured the wildlife of a traditional farm, along with an accompanying book – The Secret Nature of the Countryside. What surprised me most was that in many traditional apple growing areas, the majority of orchards had long been abandoned. Over centuries many wild creatures that had become dependent on orchard blossom and later fruits. For a time that continued but gradually the remaining trees vanished and with them went a swathe of our wildlife.  When we bought our own farm, old maps showed that orchards once surrounded our house, but not a single fruit tree had survived. With the help and encouragement of our first Countryside Stewardship Scheme I planted as many traditional local varieties of eaters, cookers and cider that as I could find. It transformed the nature of the farm. Bees, butterflies and hoverflies, soon found the blossom while within a few years, song and mistle thrush numbers increased. Autumn foraging migrant birds too soon discovered the re-established annual bonanza. No doubt helped that we always left the windfalls for butterflies, birds and badgers.

Today more than a thousand different varieties of apple are known, all having their origin in the humble native crab apple. While the Romans are credited with introducing the eating apple, we have the Normans to thank for our cider. Now the glory that erupts each spring, as fresh blossom spreads across the trees, gladdens our hearts and provides a welcome feast for early bees and countless other pollinating insects. If you do not have enough room to plant a large tree for the Queen’s celebration this year, why not grow a smaller fruit tree and bolster the food chain with blossom. Cheers! 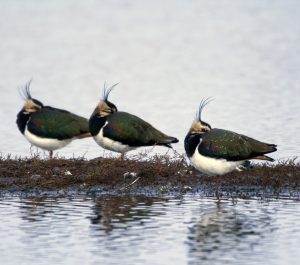 Breeding Lapwings are now quite scarce in the UK, unless landowners makes a real effort to host them. Lapwings have declined because of predation...
Read More